It's in the trees 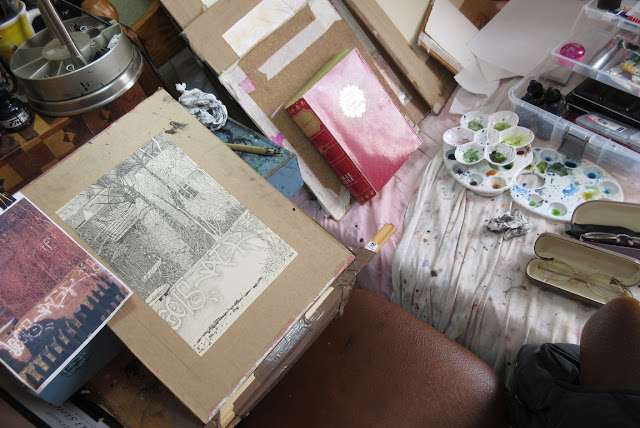 I failed to meet my self-imposed deadline last week, to finish my new pen and ink drawing within a few days.  Which was probably the best outcome for me, in some ways.  I realised that the beauty and the appeal of pen and ink for me is to loose myself in the making of marks, the rendering of texture, chairescuro and solidity through intense mark making.

It does my eyes in.  It kills my back.  It's a pain in so many ways, but the obsessive nature of the process is the main point of my pen and ink drawing.  (Probably because it is a large part of my own personality)

It's not a speedy process.  It can be extremely frustrating.  It can depress the hell out of me.

But it's as much as part of pen and ink for me as the paper and the ink itself.  And the steel of the nib. 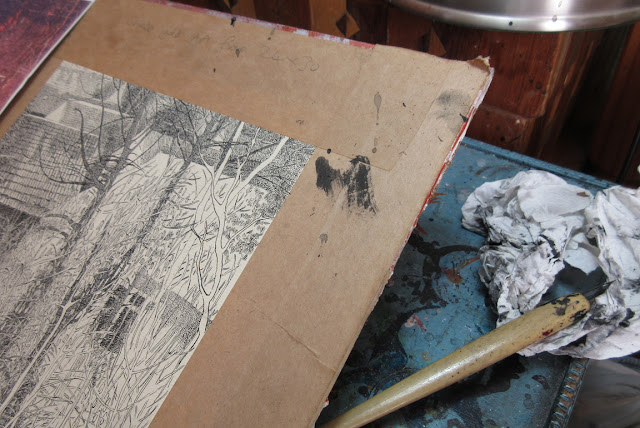 So here is my slower progress for week 2 of my challenge.

I will still finish the piece in a sprint rather than my many previous marathons but the speed of progress is not the purpose of the piece this time.  Rather it is a product of shorter intense bursts of effort.

Short bursts which are necessary because my eyes and my body are not as young as they used to be!!! 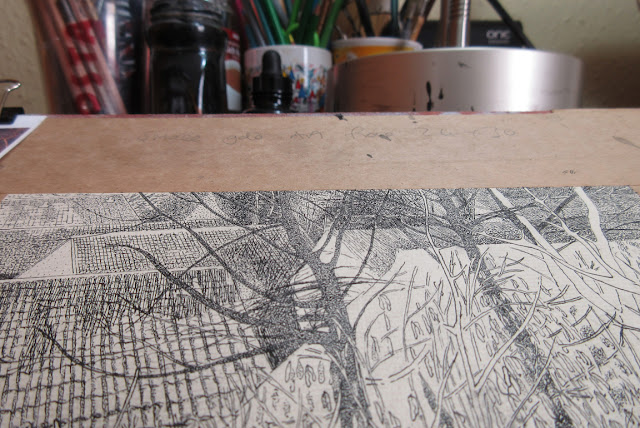 I rather enjoyed rendering the rooftops and attempting to solve the puzzle of how do you render the miasma of tiny twigs and branches that fuzz the air between the viewer and those rooftops?

I do not have the technical ability to render every single branch, so I have to find a way of suggesting the effect of seeing the roftops through those trees.  Areas right at the top of the picture (which is what I have been working on this morning) I am quite pleased with.  But it's not a problem solved entirely.  Far from it.

Another problem Is the foreground.  I've messed up the light/dark contrast of the foreground trees (the middle ground of the drawing).  I've given into my old weakness of trying to render too much.  Those dead leaves (or whatever they are) hanging from the branches like limp seed pods.  They are proving a real nuisance to render.

I hope I don't ruin the whole picture by messing up that area of it. 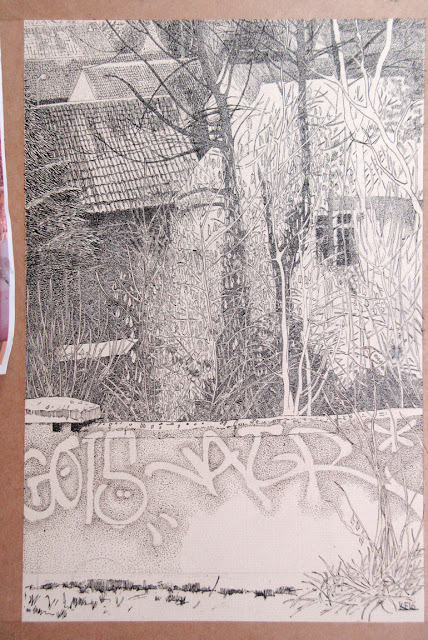