A journey into the dark of heartness...

Yesterday I spent my lunch hour in the dark at Wolverhampton Art Gallery. I'm always a little lost in the new wing, although it's very fine architecturally the doors to the various exhibitions are not clearly indicated and you never quite know what's going to be on the other side.

Entering Shona Illingworth's film installation Balnakiel, you first peer into pitch blackness. Gradually your eyes adjust to see a series of white arrows on the floor, following these arrows you find yourself pushing through a black curtain into more darkness. At this point you might become worried, as the did people who entered the exhibition a few minutes after me with cries of 'what kind of a place is this! It's too dark!' But persevere, because the mystery is part of the pleasure.

The sound reaches you first, a vivid soundtrack weighted with drama; a military jet spreads a contrail of noise through the darkened gallery, a patchwork of voices, discordant snippets all of which build to repeated and often emotionally affecting crescendos while images pan and shift of a bleak yet beautiful landscape; seen from the air or from the multi-windowed control tower of a military base, silver clouds or the eerie, geologically ancient sea battled landscape of Balnakiel, a village on the North West tip of Scotland.

Shona Illingworth has created a film and soundscape of this remote Scottish village in the midst of a noisy, densely populated Black Country city - a wonderful disorientating and affecting piece of art that takes the viewer (or the artistic explorer) by surprise. For me the experience was so vivid that I lost literal time. Peering at my watch by the screen-light I realised that I had stayed much longer than I had thought and had to hurry out and back to the office, to a world so grey that it has to be lit by fluorescent tubes even on a sunny February afternoon.

The exhibition, which runs until 1 May 2010, is one of the most effective and affecting pieces I've seen in a long time. I'll certainly be taking this journey again. 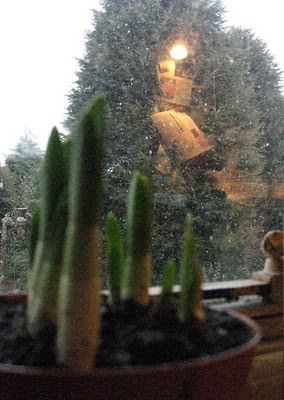 Sudden and brief, snow this afternoon... 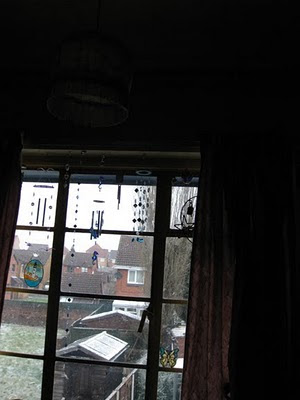 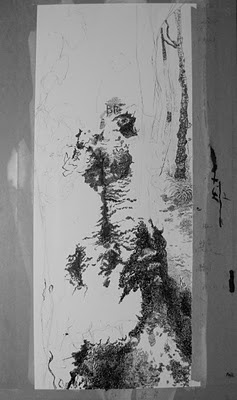 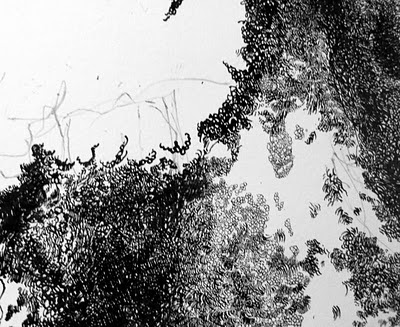 ...and listening to this excellent play on Radio 4.
Posted by Kay at Wednesday, February 10, 2010

Isn't that such an incredible feeling when you get lost in an exhibit like that! It's the next best feeling to eating chocolate;-)

I agree PC. It's quite rare.