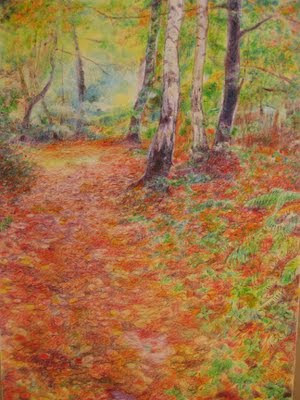 Having a digital camera has had an impact on my work in one way or another. For a start, without the accessibility and relative inexpense of a digital camera I wouldn't have access to the material that inspires me. I don't drive and as I live in the middle of an urban conurbation I rely on 'days out' when G can take me to the kind of places that I love to draw and and be in.
When I began to photograph my work a few years ago to post on-line, it began to dawn on me how the tangible developing image I have in front of me is, in many ways, the mother of these hybrid images of electricity and light. I've always been drawn, like a moth, to the incandescent light of a computer screen, in winter especially I love being bathed in its cosy glow, I suppose it's the closest thing to a blazing fireside I have in my convenient 21st century home. The television too is like a blazing fireside (source of comfort and stories) but I don't spend so much time sitting in front of the television, I find that kind of relaxation too frustrating, I've always preferred to be doing something rather than letting life wash over me.

So when I began working visually again with any regularity I was, quite naturally, not the confident, wasteful creature of 20 years ago when I didn't really give that much thought to the cost of paints or paper. I had more confidence in my abilities back then and seldom found decision making the torturous process I do these days. Partly from a practical need to record my pictures for posterity or for my website I began to photograph them. Gradually the insecure me became a compulsive me and I began to photograph my pictures at various stages of their creation. Some only exist in the digital form now, lack of space and disappointment with the finished result having led me to destroy the originals. Others still exist, but not in the form in which they appear in my favourite images. Like an aging face, they are the same but changed, each piece (if it's lucky) has its prime, the moment when the artist (had she the perception, the will power or the courage) should have stopped working. 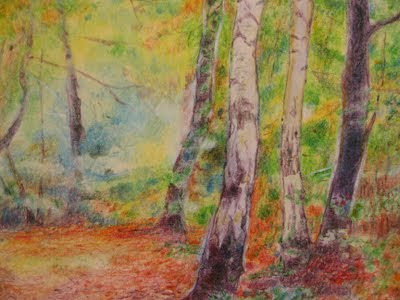 Knowing when to stop working is the key to a good piece of art. It's one of the many things I still have to learn about my craft. 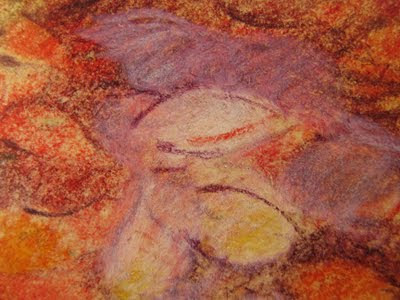