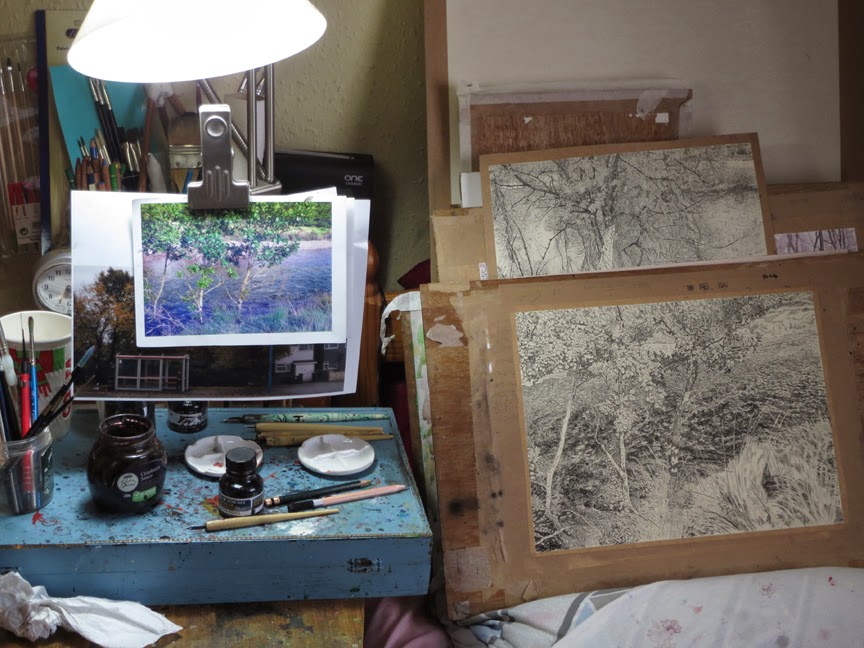 It's been a long time since I last uploaded an entry to my blog.

I have been working, but I've been less on-line and attempting to conserve my energy and time for creative work.

Last year didn't seem to produce much in the way of successful work.  Although I put in the hours I could nothing seemed to come out too great.  After scrapping a pen and ink drawing which went all wrong, I experimented with airbrush, and although I was enjoying the experiment I had a piece rejected and that put a nail in my self-confidence.  Then in the autumn, inspired by the glorious autumn colour I attempted to focus on watercolour, again I was quite enjoying myself, but another rejection pretty much put a nail in the coffin of the year.

I didn't really do much at the end of 2013.  Time dissapeared in so many mundane practical things, and getting through increasingly stressful situations in my 2 day jobs.

This year I did manage to put in some time in this piece, but once again, although I've been self-consciously putting in my little portions of time (usually about an hour an evening after a day at work, if I can manage it), the results started to go astray again.  A few weeks ago this is where I was at with this drawing, which is based on a photograph I took at the Ariundle Oakwoods near Strontian on the Ardnamuchan peninsula last September. 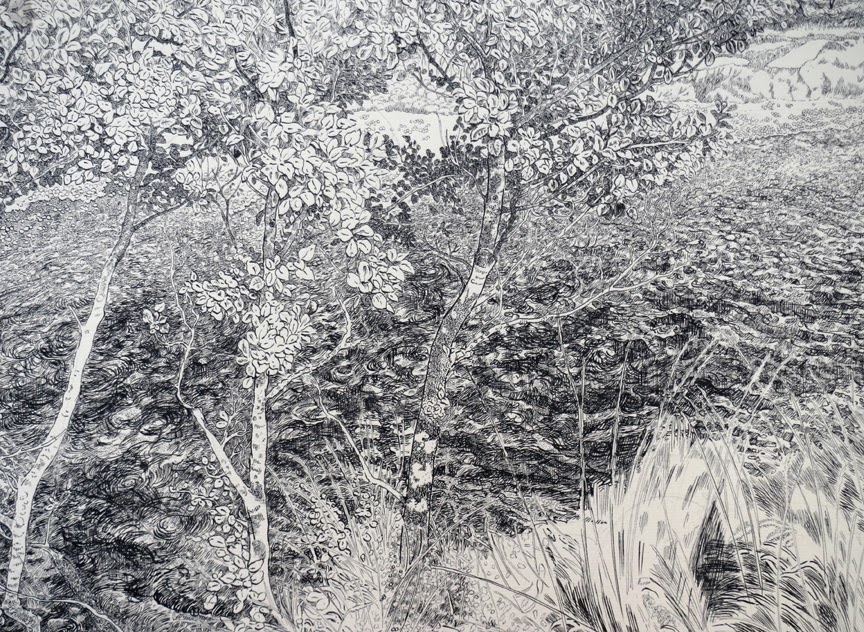 good to have you back your work is very special

Thank you for you kind words John.