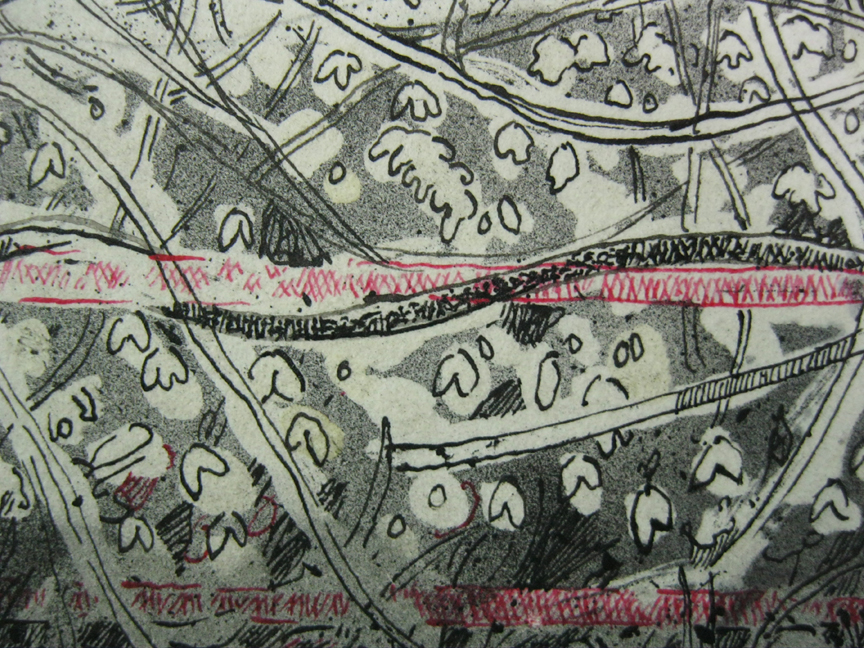 I began this piece as a pen and ink drawing. The photo I was working from was full of swimming light and shade, and I was struggling how to represent this and the cluster of snowdrops nestling behind the iron fence. Almost out of desperation, and some restlessness I'd been feeling recently about my work, I had cut a very simple stencil out of greaseproof paper and dug out the airbrush I bought almost 2 years ago now. My first attempts at depressing the trigger resulted in a blot of jet black ink (I used black Acrylic ink for the tone in this drawing). Luckily I wasn't aiming the airbrush at the drawing, and managed to make a more subtle stream of ink through the stencil. I found the effect interesting, and began to experiment with several new pieces. 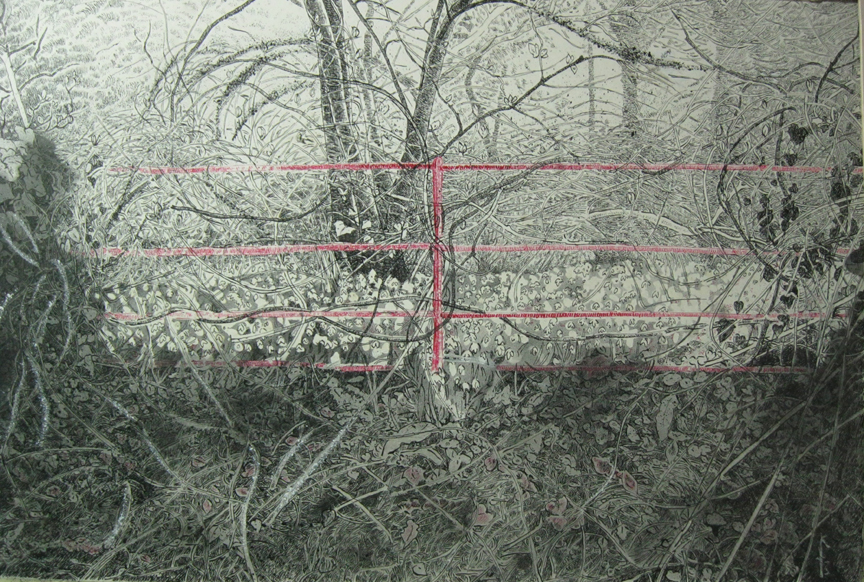 I had combined two photographs and made a quick drawing from them.  From this I made a tracing and cut a very simple stencil.  I masked out the area which would roughly form twigs and leaves with masking fluid and made my first airbrush impression.  I made a second tracing and cut another stencil for the darker areas of the tree images.  I liked the image so far, but have stalled a little here as I'm afraid of ruining what I've done by going forward too hastily.  I actually began a second version of this piece, which I will post about later. 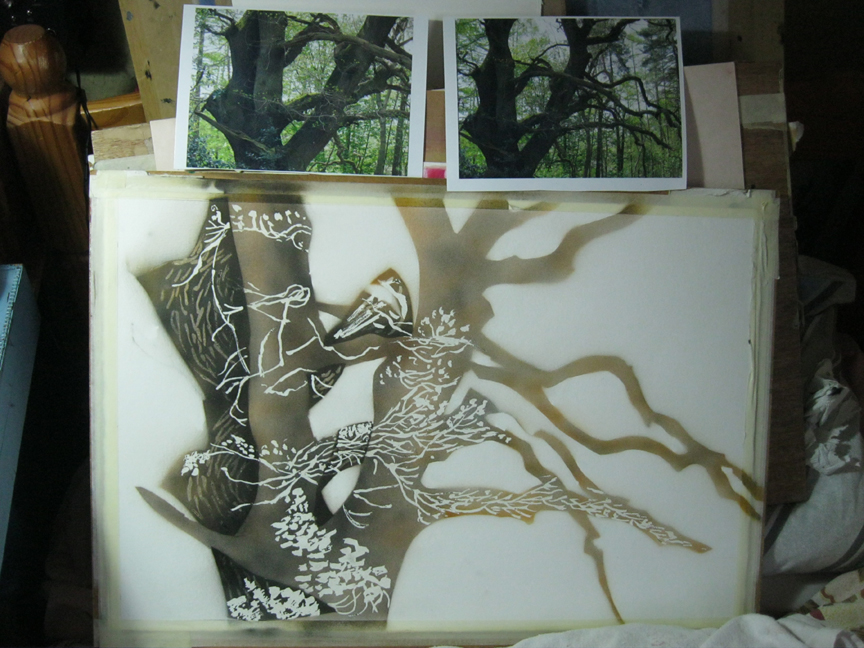 This new way of working is actually much slower than my usual method, which is more instinctive and driven by a need (almost) to cover paper with marks.  I do more thinking between working on the images themselves.  Write myself lists in sketchbooks and on post-its.

You can never have too many post-it notes... 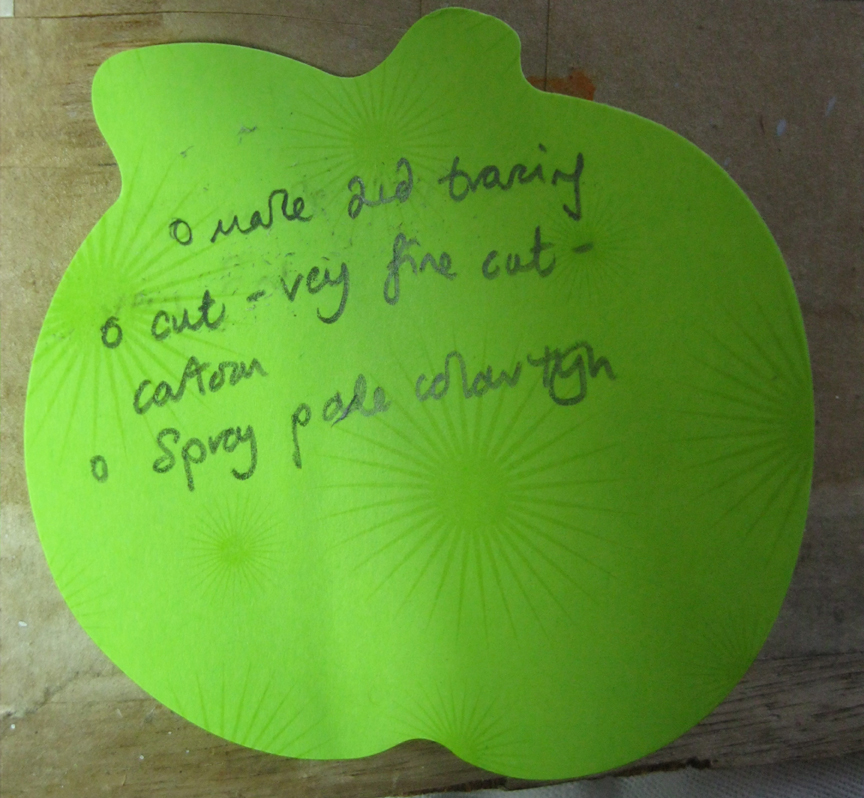 This is beautiful, Kay. I love these experiments with colour and texture. Thank you

Thank you Elizabeth. I'm having fun with the airbrush but the oddest thing of all is working so quickly when the pen and ink is so slow.