Something new, some things old 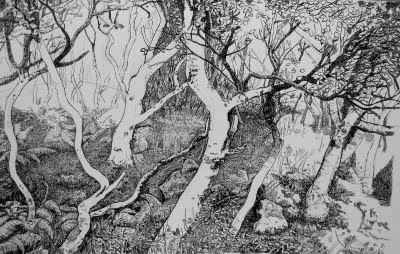 'Running Away', my current work in progress.
I didn't start work on my drawing today until the best part of this precious November daylight was already burned out. Yesterday I found it began to get difficult to see what I was doing as early as 2 o clock, today was a little better but not much. There was plenty strong sunlight this morning as I painted the inside of our front porch doors, so much so I actually had to work wearing sun glasses to stop my eyes from watering!

But I guess I'm getting to that age now when I need more light to see the fine detailed pen and ink work I like to do and also to make sense of the messy photographs I tend to work from, they're printed out on my desktop printer and my current piece is proving a real pain to make sense of, I can tell you!

I had an idea that I'd like to post an old watercolour here to complement my new drawing, I couldn't find it amongst the inch of protective dust on top of my mother's wardrobe, but I did find these oldies instead. I'm sorry to say they're not in a portfolio but an old carrier bag, still, they don't seem much the worse for it. 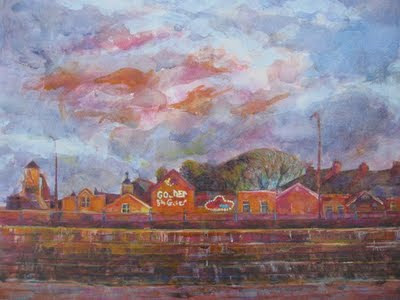 It was on holiday in the Lake District in 2004 that I began to find my old enthusiasm for visual art again, it was October and the colours of the changing trees, the evocative mist and the sunsets were just glorious. One evening we drove down to Morcambe, it was out of season and the sprawling sea front was down at heel in the way I always find gloomily attractive. The sunset was a glorious thing. A few days later I bought my first serious coloured pencils, the ever so expensive (and now discontinued) Signature range from Heaton Cooper, a truly wonderful artshop in Grasmere. When I got back home I began these pieces, though I put them away in disgust some time later, totally disatisfied. Now I come across them by accident, they're not so bad I suppose. 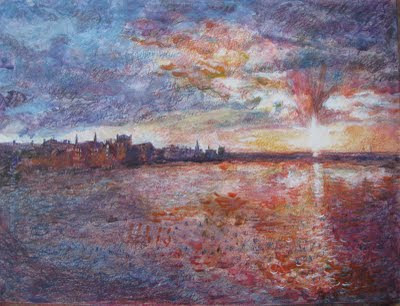 I think these two charcoal drawings date from around 2001/2? I'm really not sure. I know that I hadn't drawn much for a while and they're quite clumbsy. 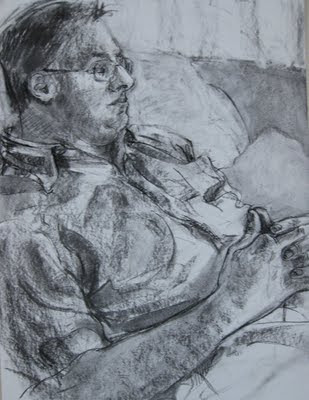 Graham Snoozing, Charcoal and Conte Crayon on Cartridge Paper
When I was at Poly' I began a practice of doing a Christmas self-portrait. The best one is hidden away somewhere, I'll have to try and find it out. I used to draw myself quite a lot in those days, usually in charcoal and Conte crayon. I exhibited one of them many years ago (not a Christmas one this, but a summer self-portrait) at the Mid Art Show, which was then held at the Dudley Museum and Art Gallery. When I made the drawing below I hadn't drawn for a while and I had problems maintaining my confidence as well as my motivation. It's a pretty lame drawing really. But I have been thinking that I'd like to make a December self-portrait again this year, time allowing. Maybe I'll blog about it here. Maybe. 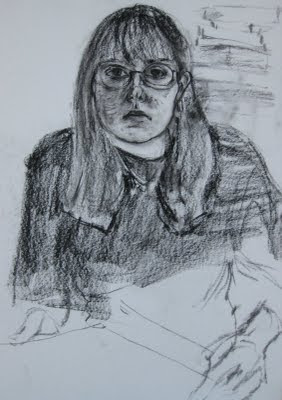 Self portrait, Charcoal and Conte Crayon on Cartridge Paper

Thanks for following my blog. It's nice to meet another pen and ink artist.

Very interesting to see the progression of the pen and ink drawing! Amazing work!

Thank you both for your comments, which I've only just seen!