I've been experimenting with oil pastel, and mixing this versatile and quite comforting media with other media, such as coloured pencil, water colour, liquid acrylic and Indian Ink. I've posted a small piece on my website here.
Working from photographs, within the last few days I've attempted to escape the dregs of flu I've had since the day following Boxing Day, and also the apathy (and basically, dithering-sickness) that's the bane of my life, by begining a new mixed media piece based on a photograph of Castlerigg Stone Circle taken in September 2005.
Here's what I started with, the photograph, which was taken by my good friend G on his digital camera (I somehow lost all the ones I took at the same time). 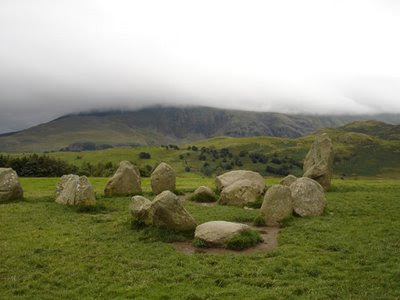 Hauling myself out of apathy, I found this piece of paper which I stretched some time last year, I think I began a drawing on it, hated it, and painted over it with a mixture of gesso and acrylic paint. 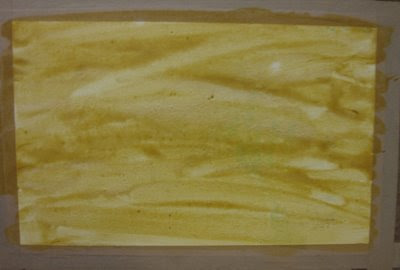 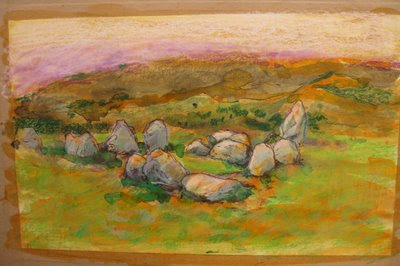 Today I worked some more in a mixture of coloured pencil, using Derwent's Inktense pencils dipped very briefly in water so the colour is very dark and intense. I also worked with oil pastel, I'm using Faber-Castell Goldfaber Studio oil pastel and Daler Rowney's Artists' Oil Pastels, which are lovely soft, crumbly and give a rich covering of pigment. 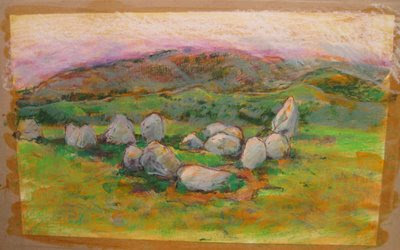 Here's a close-up of the work to-date. 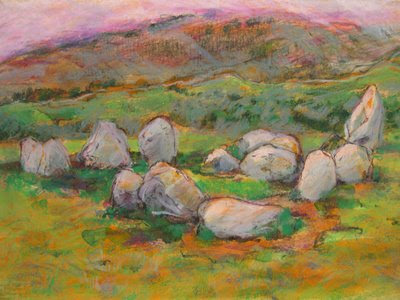