As well as working on a variety of work in progress, including this pen and coloured pencil drawing of a local public baths (now closed down) seen from a side street, based on a photograph I took in Autumn 2013... 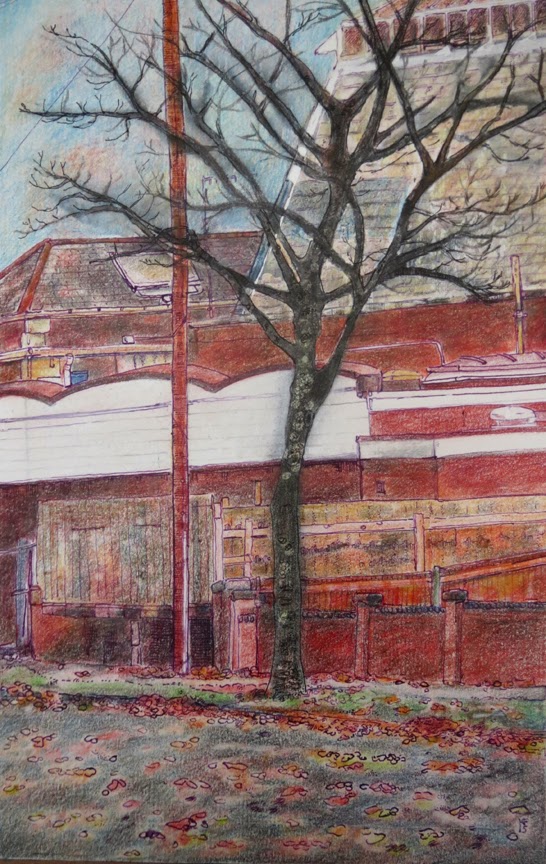 ...I have also been working on the tiny drawings I plan to attempt to sell via auction at Ebay.  I have a few snowdrop drawings finished, they are very simple fineliner pen and coloured pencil drawings, here's one displayed on a tiny easel I purchased on-line.  The easels are really sweet, only a few inches tall, and just right to display the miniature drawings which measure 3 1/2 x 2 1/2 inches, regular ACEO measurements. 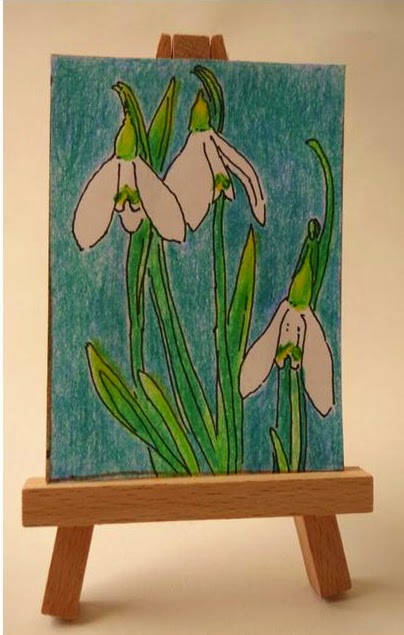 I have also started a series of seaside scenes.  At the moment I've embarked on a series of lighthouse drawings.  I've long had a fascination for lighthouses, for all they symbolise on so many levels. 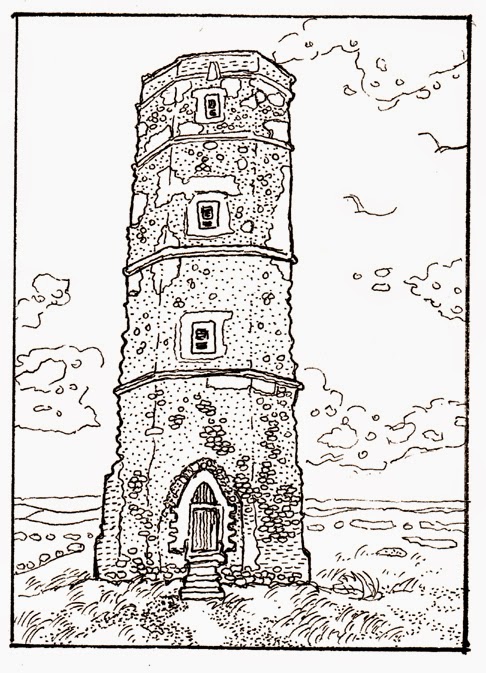 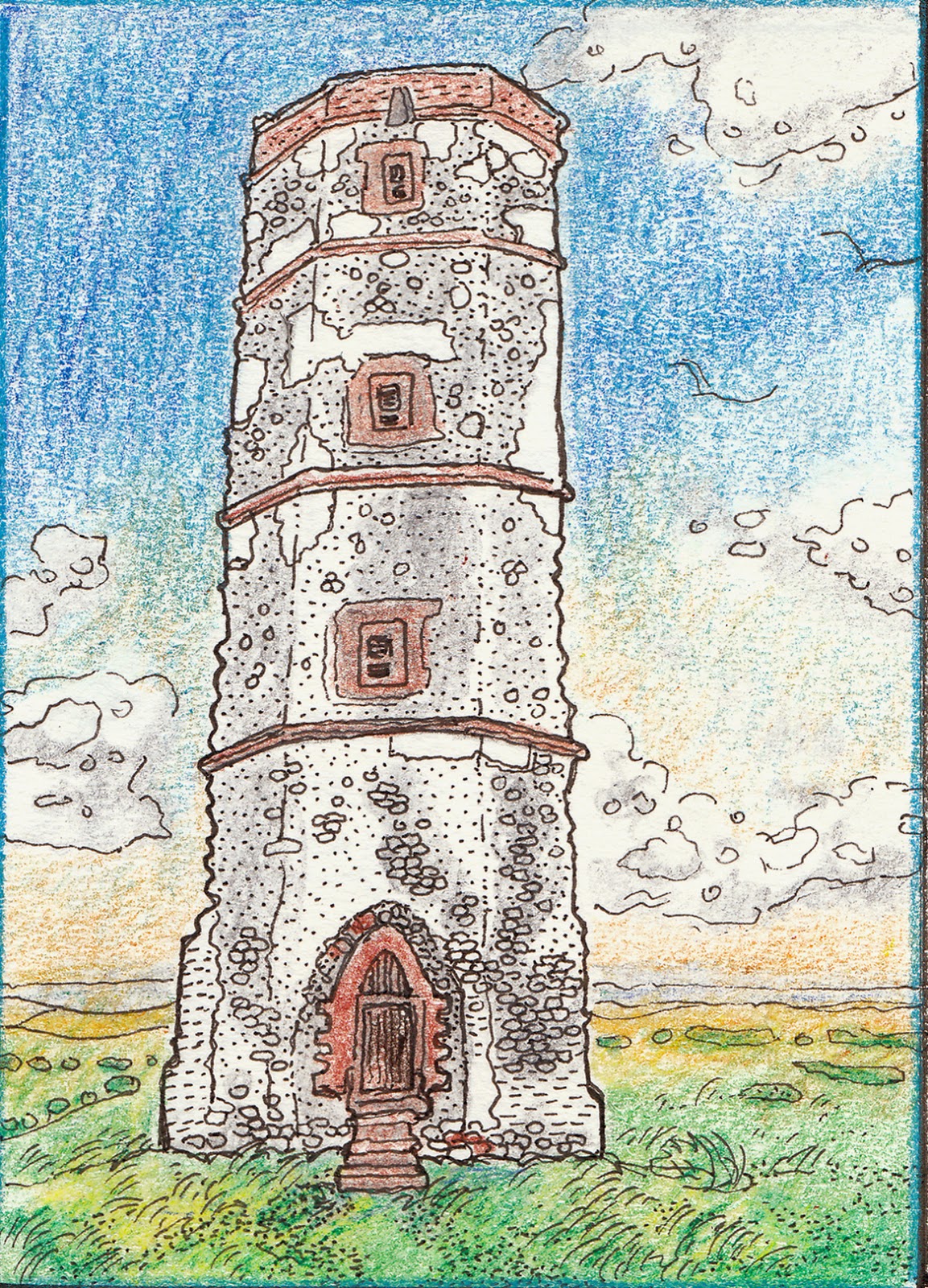 These 2 images are the pre-coloured and coloured state of a drawing I've made of Old Flamborough Lighthouse.  The drawing is based on a photograph I took in August 2003 while travelling up to Northumbria on holiday.  It was a very windy, chilly late summer's day.  The lighthouse is a chalk building and purported to be the oldest in England, built in 1669. 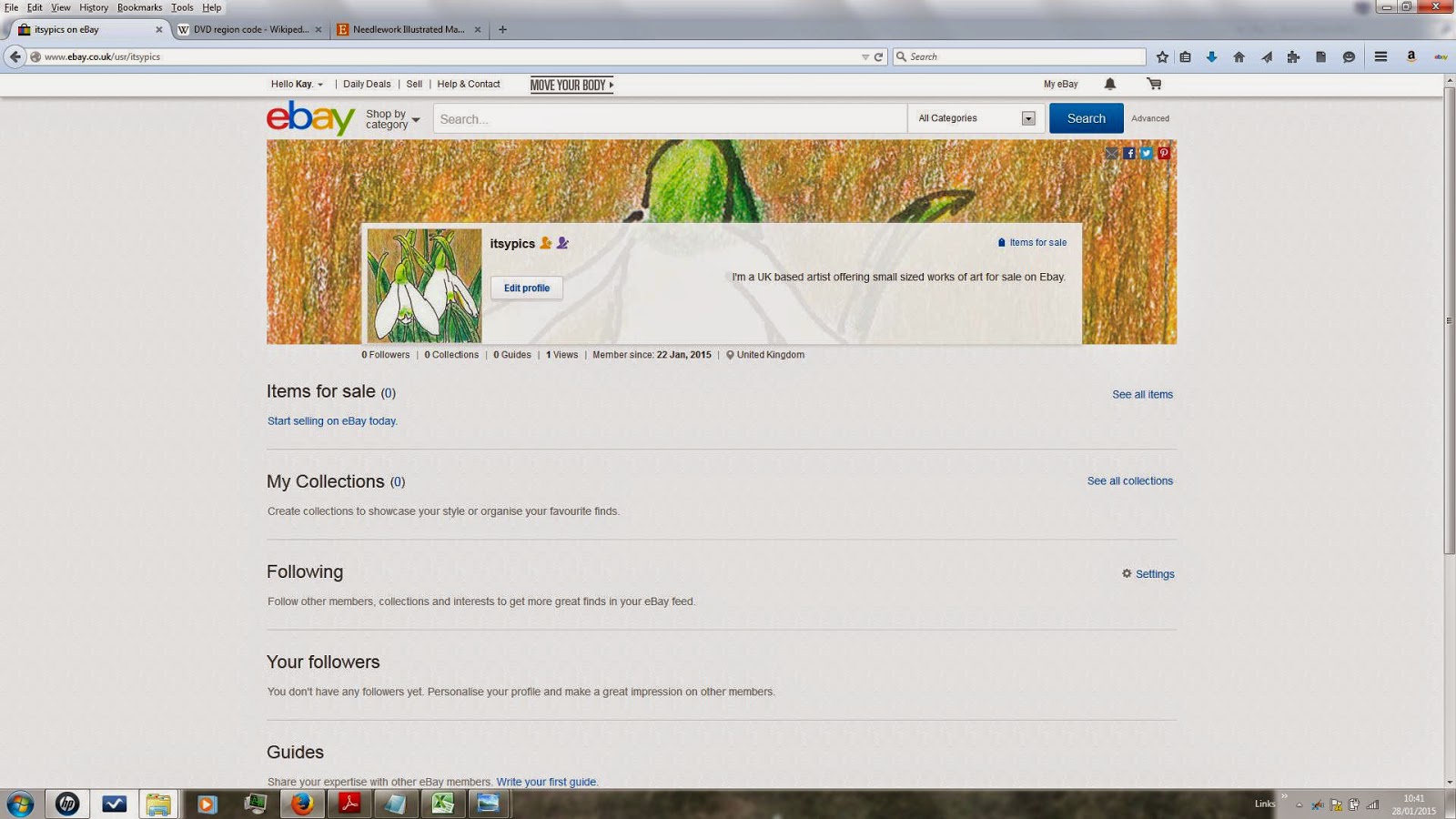 I've set up an Ebay ID to sell my ACEOs, I've called it Itsypics and you can find it here.
Posted by Kay at Wednesday, January 28, 2015 No comments:

I've been experimenting with ACEO format again today.  I quite like the compact size, in the same way that I used to like compact poetry.  It gives you the opportunity to be both obsessive and/or brief, whichever the spirit takes you.

I made a few drawings of a Christmas Pointsettia 4 years ago, and really enjoyed exploring the textures and blousiness (word?) of the Pointsettia leaf shapes with a fineliner. 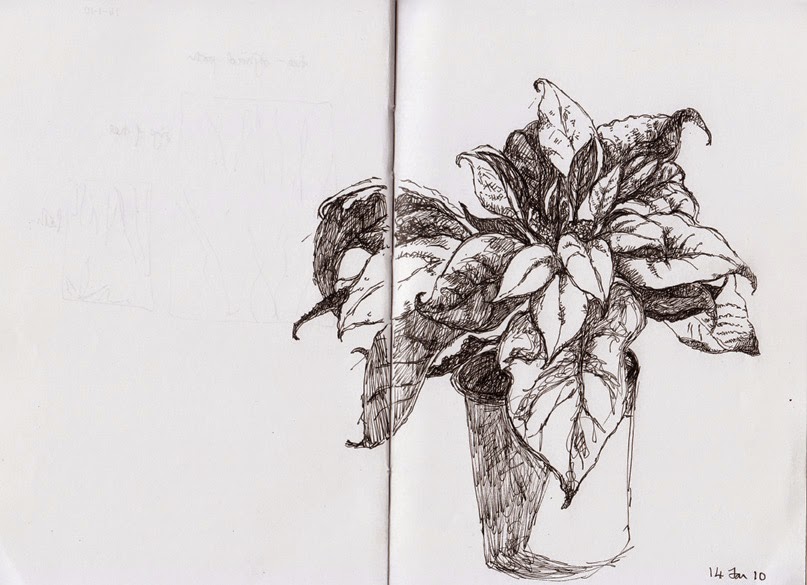 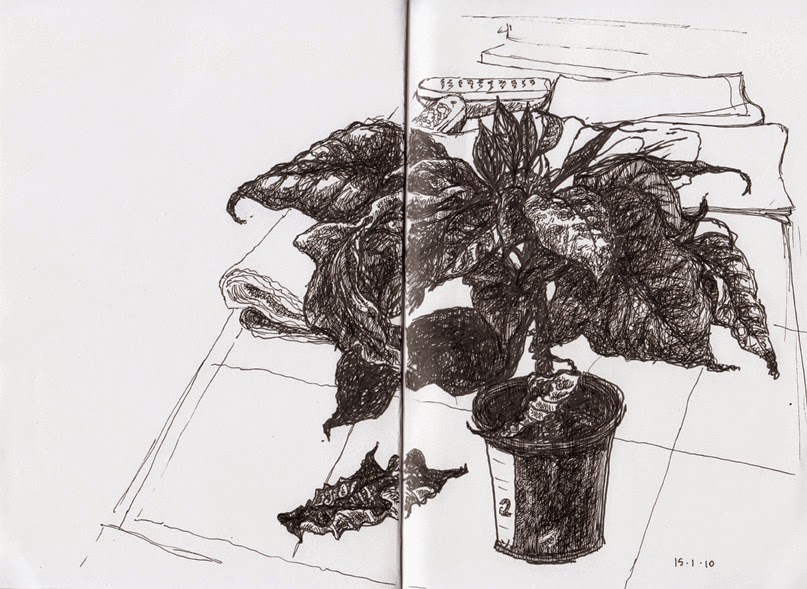 This year I bought another Pointsettia, a lovely peachy coloured one from Webbs of Wychbold, with the aim of drawing it.

So these tiny experiments are the first drawings I've made of it. 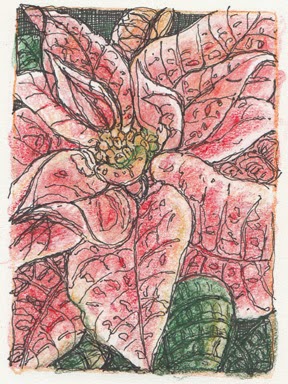 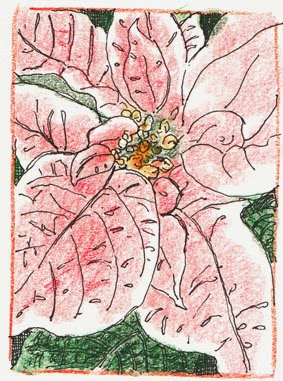 I also made a quick (half hour or so) study of my winter work coat.  I managed to kick myself up the unmentionable at last and began a project I have been ruminating over since the autumn.  More on that if I ever, when I ever, dot dot dot. 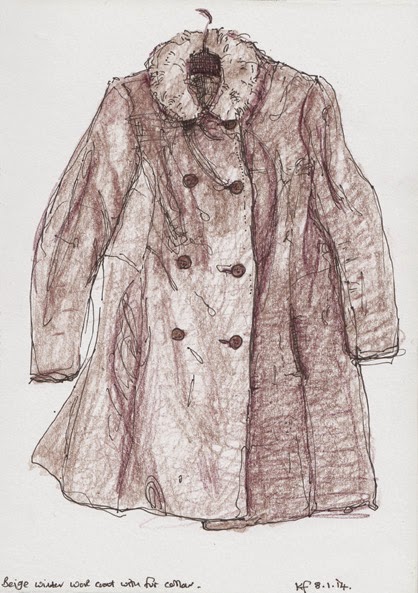 These are the first drawings I've made in 2015.

I've been looking at ACEO's (Artist's Cards Editions and Originals). This tiny format for various media and styles of art started life as ATC's (Artist's Trading Cards) - small playing card sized pieces made originally to swap with other artists. They developed into ACEO's which can be sold as collectable pieces, both in the form of prints or original pieces.

They can be found on sale at Ebay and Etsy. I've been experimenting with making pieces to this format 2 1/2 x 3 1/2 inches in size. 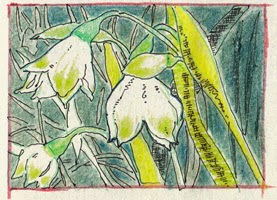 It's my little project for the new year. My first pieces are a way of thinking myself out of the post-Christmas gloom and groping towards those first bright torches of late winter - snowdrops. 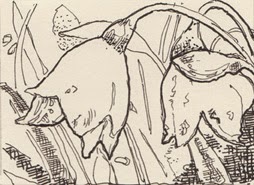 Brutal as the stars of this month,
Her pale head heavy as metal.  (Ted Hughes) 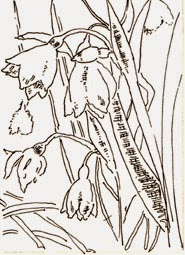