If at first you don't succeed...

I'm perserving with this drawing even though I'm cringing at the results. Well, parts of it I quite like, and if I could isolate those parts and magically transform them into semi-abstract landscapes I might have something I could live with, but as a whole... 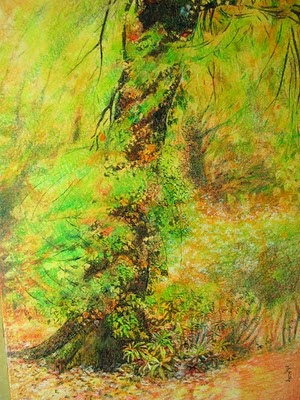 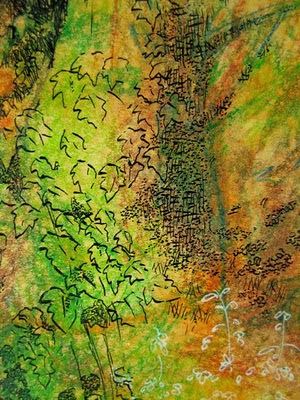 Trying not to feel too downhearted though. The trouble is my lack of time. Time is one of the many ingredients (blessings, you could say) that separates the hobbyist from the professional as much as financial payment. Though the latter would be nice as well.
Posted by Kay at Friday, September 24, 2010 No comments:

One brief cry of thunder...

...is what we've just had about 20 minutes ago. No more than that. It's a humid day, lovely earlier but now slightly sufforcating and grey.

But today has been my first glimpse of freedom since returning from a holiday in Scotland on Saturday. I've been suffering a cold since, but feel a lot better since today I've been able to work on my artwork, which is this... 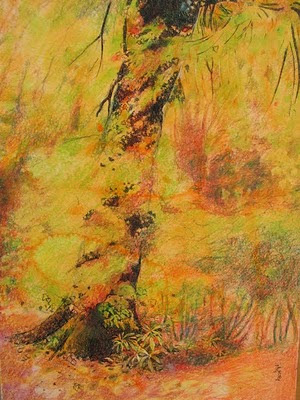 ...a second attempt at a composition I tried out last year. Last year's effort was in pure coloured pencil, a medium I obsess over, though never perservere enough with to produce more than junior scribbles. This time I'm attempting to mix it up with pen and ink. I'm semi-liking progress so far. But tommorow it's back to work and I'll no doubt be exhausted when I get home in the evening and I'll ruin it.

Pessimism, you see, is the mother of all achievement. At least for me it's always been that way.
Posted by Kay at Thursday, September 23, 2010 No comments: